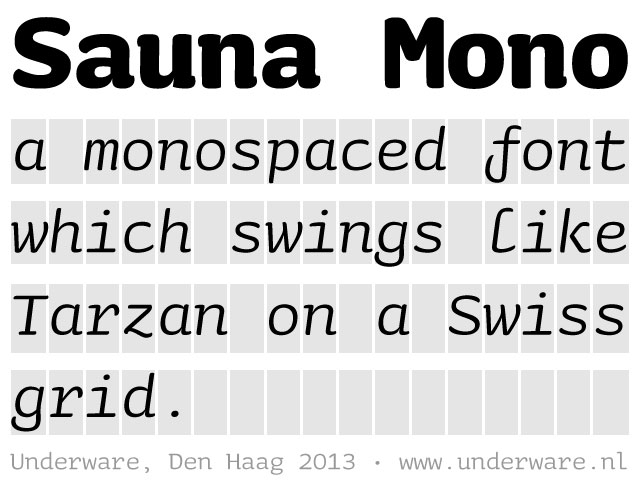 Sauna Mono is a monospaced typeface with an unusual flair.

Unlike most monospaced typefaces, Sauna Mono has a lot of flair. Although every character has the same width, Saunu Mono doesn’t feel forced into a box. Instead every character remains as warm and characteristic as the other Sauna typefaces. Some swashy characters give a lot of charm to this typeface, especially the italic lowercase characters. Their strokes fly all over. Sauna Mono is the monospaced buddy of the type family Sauna.