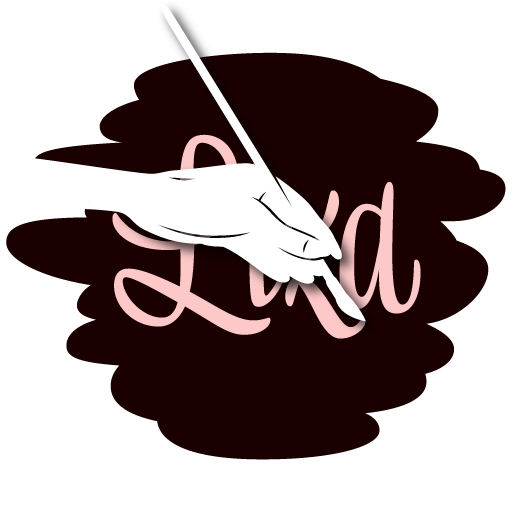 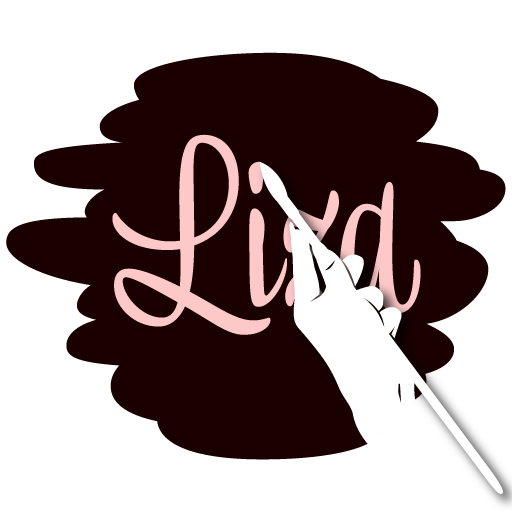 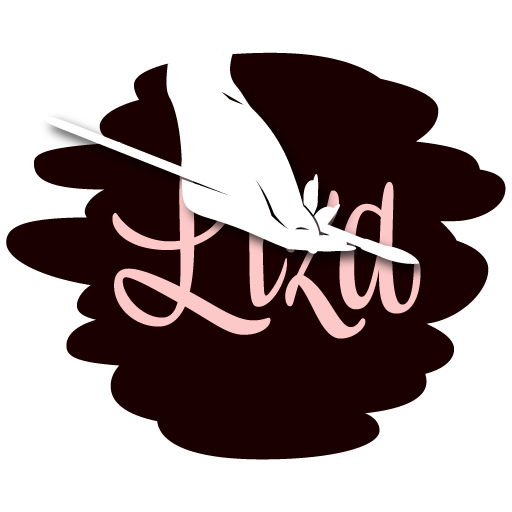 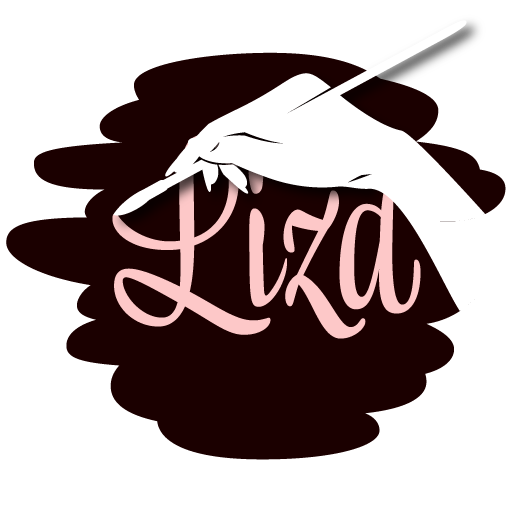 Liza Lettering™
The Artist Is You


With Liza Lettering™ there is no excuse not to become a lettering artist yourself. With the combined app & font, it’s as simple to make a skillful hand lettering as doodling with the pen. Type a word or headline, and fully control the millions of possible forms it can have.

Your letterings can be easily used in your favourite desktop applications (like Adobe InDesign, Illustrator, Photoshop, After Effects but also other programs like Keynote, Word, TextEdit, etc). Simply copy and paste the text, or save your lettering as an image. The app also provides the HTML markup to use Liza Lettering™ as a webfont, without breaking the semantics of your text.

Liza Lettering™ is made by Underware because playing with letters should not have limitations. Or like Friedrich Schiller said: Man only plays when he is in the fullest sense of the word a human being, and he is only fully a human being when he plays.

Go play and become a lettering artist yourself.

Intuitive interface
Using the Liza Lettering™ app is as simple as writing with a pen. Use your keyboard for writing your text, and your mouse or trackpad to start lettering. Switch between writing and lettering mode with the tab key, and use the scroll wheel to quickly select your favourite forms. 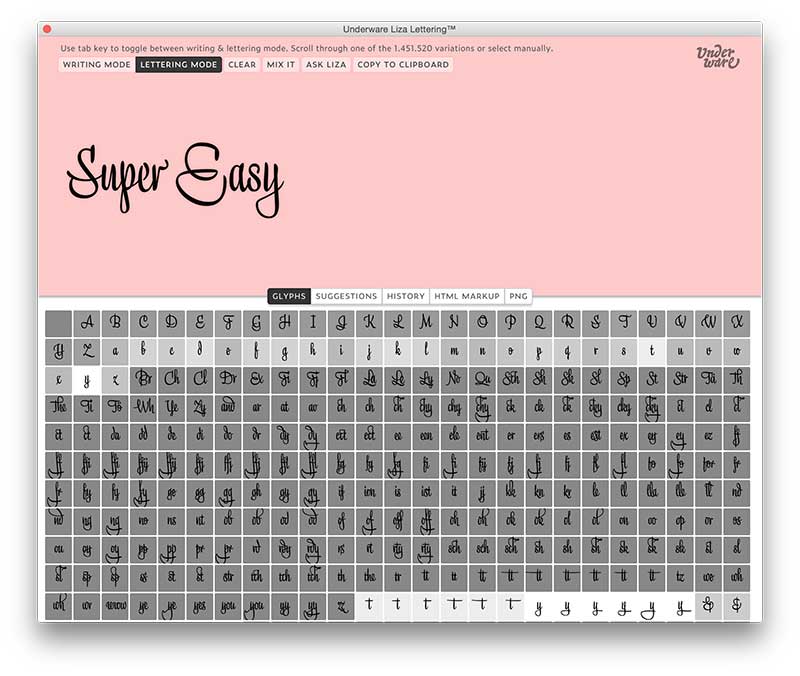 Smart suggestions
Because there are so many possibilities, it’s sometimes hard to keep an overview. For those occasions the app offers a couple of suggestions for your word(s). Pick one proposal, and take it as a starting point for further modifications. 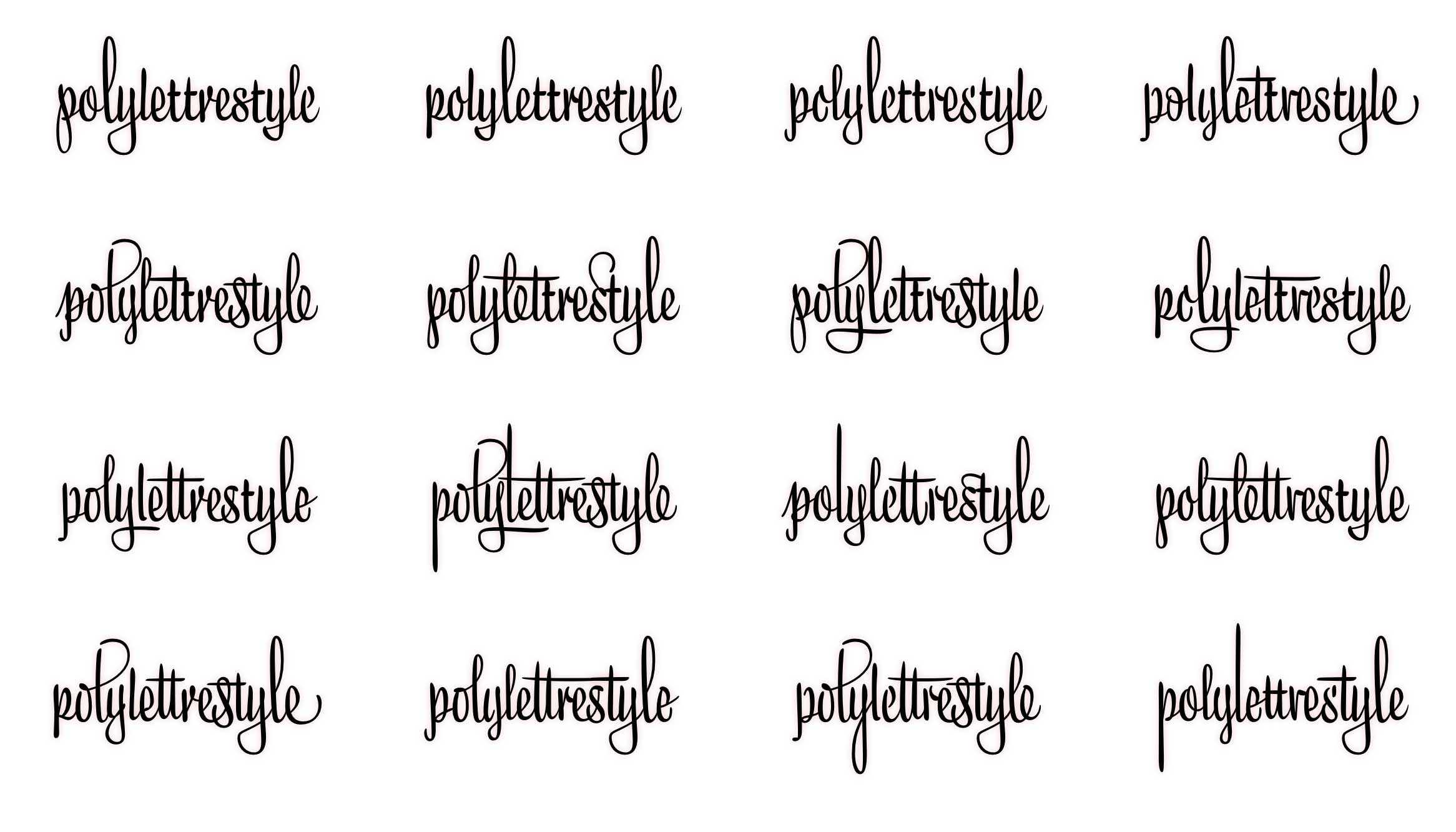 Smart glyphs
The glyphs of Liza Lettering™ are context specific, which means that depending on their position within a word, certain variations are suggested. Below you can see different variations for the beginning and the ending of a word.

Lettermixer
Sometimes you just want to be surprised. And this is the moment to use the lettermixer. From billions of possibilities, a special mix is created. Not satisfied with the result? Hit it again.
Ask Liza
Needless to say that Liza is a very smart lettering artist herself. So if you’re looking for advice, just click the ‘Ask Liza’ button and she will show you how she would do it.

Glyph palette
Because some people want to know ‘what’s inside’ we also included a glyph palette. Scroll through for all included glyphs. See something you like? Click on a character to add it to your text. 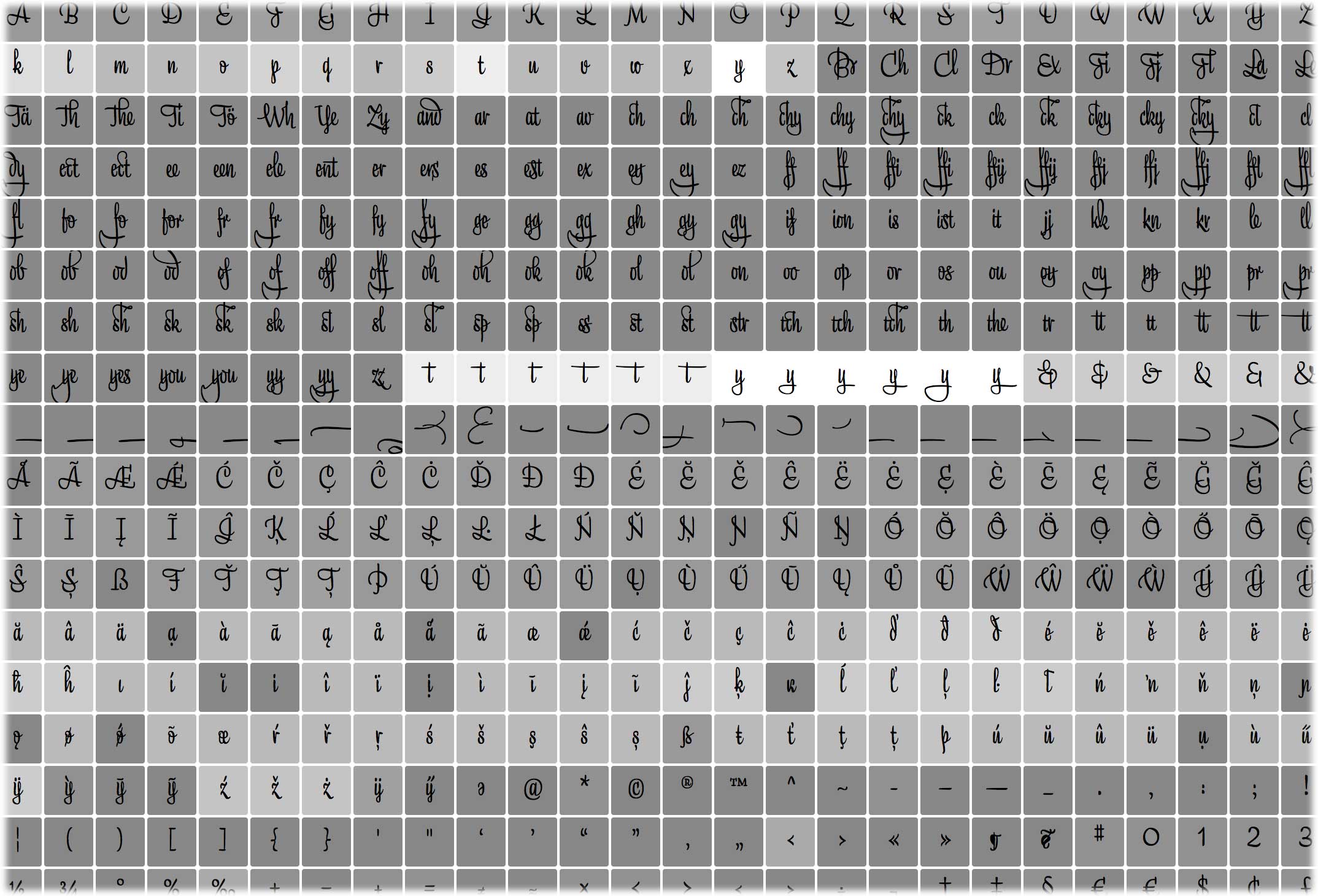 Super swashes
A set of swashes has been included, optimized for the beginning and the ending of a word. Once you use this feature, you will understand why this feature is also called the logo-feature.

History
With the billions of possibilities it’s easy to get lost in your lettering. In that case use the history tab to see all previous versions you created before. Click on one of the versions to restore it.

Ligatures
A real lettering artist always uses special 2- and 3-letter combinations (also known as ligatures) to create a fluent and natural design. With the app this is as easy as putting the dot on an i.

Webfonts?
Oh yes!
Liza Lettering™ also works as webfont (without breaking your content). By separating the text and it’s visual representation Liza Lettering™ provides a ready-to-go and simple solution based on CSS & HTML. And because the text information is un-touched, search engines can read and index your content. The app provides the HTML markup and a live preview of the result.

Just look at the two words in this example. Despite that the visual appearance is quite different, both have the same text content. Just select both words and copy and paste them in a text editor to experience this yourself.


What do I exactly receive when I purchase Liza Lettering™? The download includes the OpenType font Liza Lettering™, which can be installed just like any other OpenType font, as well as a standalone OS X app. Once the font is installed, it will show up between all the other fonts in your font menu. Use the app to make the letterings. Once you are finished, copy the result (by using the copy to clipboard button) to any other program. Or press the PNG button to save the lettering as an image. Or use the HTML tab to use it as a webfont.

OK, I pressed the button and pasted the result in InDesign, but I only see squarish strange characters? You have to make sure that Liza Lettering™ is selected as current font. Just select your text and choose Liza Lettering™ in the font menu.

Is there also a version for Windows or Linux? We are working on it. Please get in contact with us.

I already have Liza Pro installed on my computer. Can I use Liza Pro and Liza Lettering™ at the same time? Yes you can. Both fonts will show up next to each other in the font menu.

I know the Glyph palette from applications like InDesign & Illustrator. What’s the difference between your thing and theirs? Did you ever try to use their thing for a lettering? But much more important is that our app speaks the same language as the Liza Lettering™ font and therefore they understand each other very well. Now using ligatures is fun, instead of headache.

How many variations are there for writing my name Johannes Gensfleisch zur Laden zum Gutenberg? Hmm, this would be approximately ten times more as there are stars in the universe: 1000 octillions, which is a number with 30 zeros. So no worries, there will be always enough possibilities for every situtation.

What’s the underlying technology? You also do not ask a lady for the color of her underwear, do you?

OK, so let me ask it differently. Is Liza Lettering™ future proof? Everything is based on widely spread standards. And because those standards are made to be kept, we are on the safe side.

I never saw something like this before. Are Lettering™ fonts something only made by Underware and something I can’t find in other applications? Short answer: Yes. Long answer: Lettering™ fonts are a combination of an app & a font, a mashup of existing standards and extra snippets of code. See it that way: a good book does not re-invent the words it’s using, but tells an untold story with the existing ones.

I like the idea of Lettering™ fonts. I want more! Please be patient. We are working hard on it. The future is bright & beautifully lettered.

I think Lettering™ fonts are really cool and I am actually a type designer myself. Can you tell me how to proceed? No, we can’t. Making copies of fonts or designs is always a stupid idea. Liza Lettering’s design principles lies as much in the form (read: outlines) as in the functionality (read: lettering feature). Saying this, we would be equally embarrassed finding other fonts based on one of them.

I heard that Lettering™ fonts are using a patent pending technology. Is this true? If you work for a software company and would like to incorporate Lettering™ fonts into your products, we are more than happy to cooperate with you.
contact
info??@??underware.nl
about us
contact