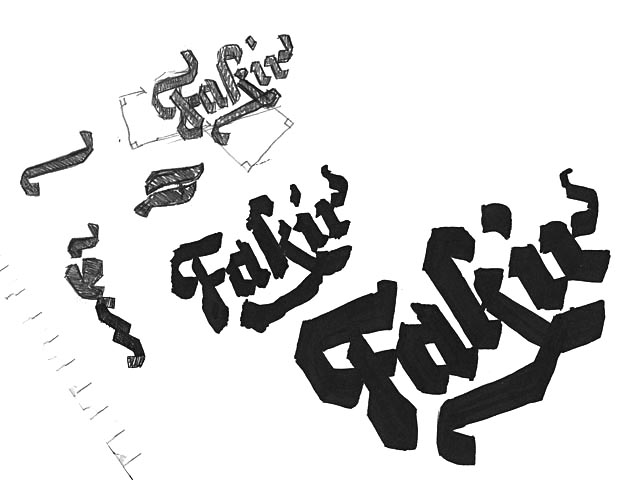 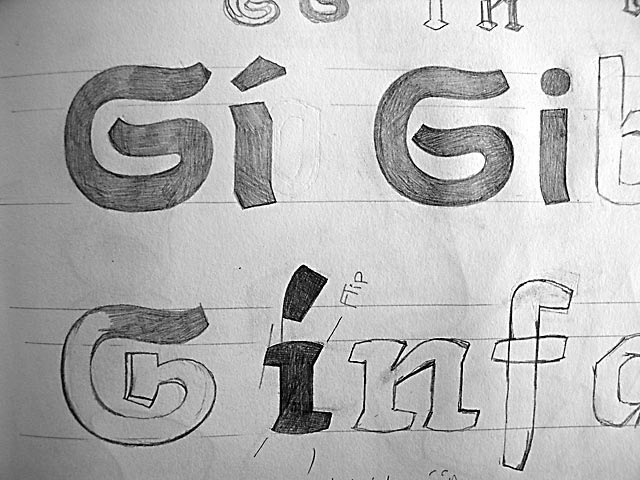 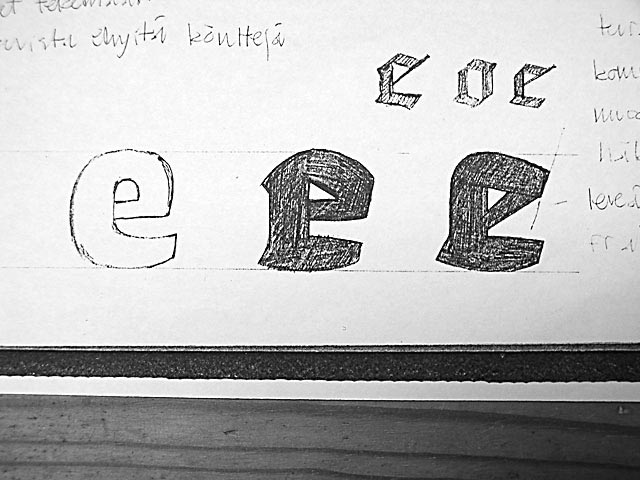 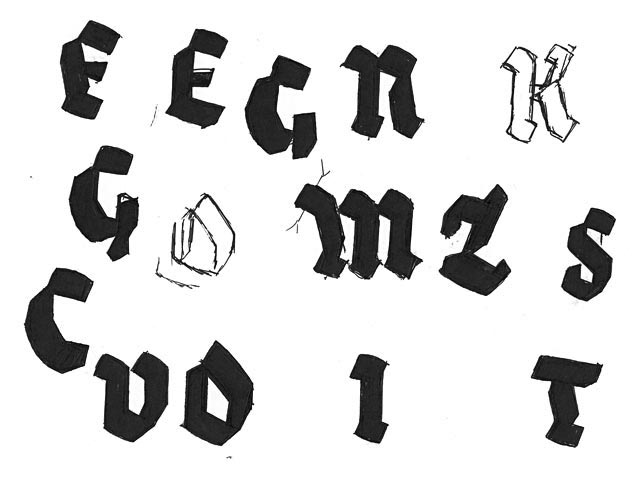 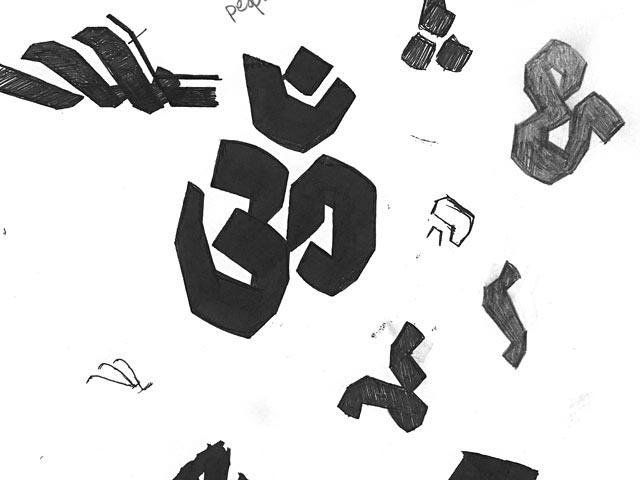 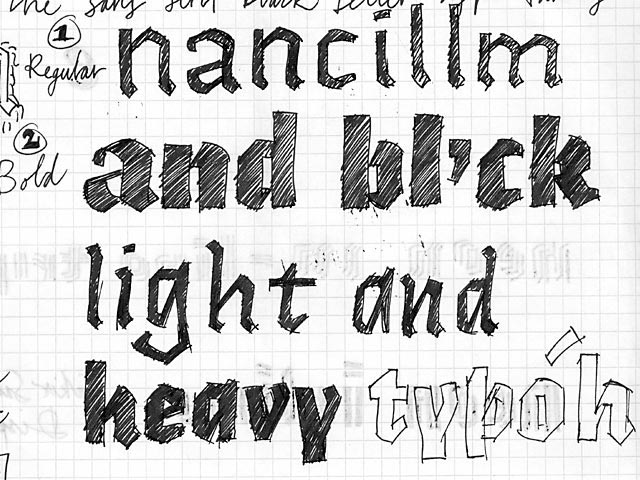 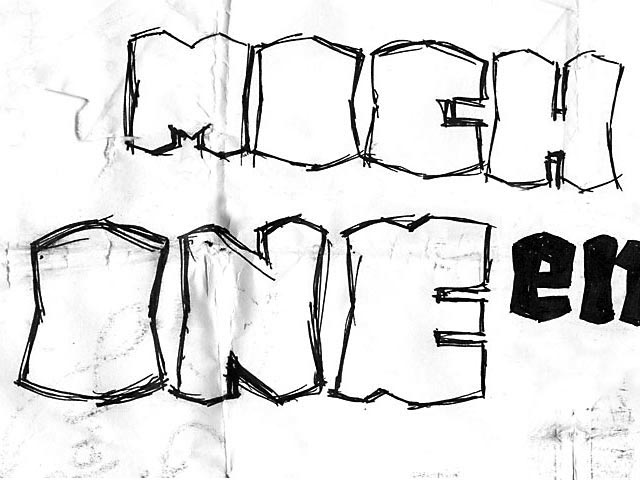 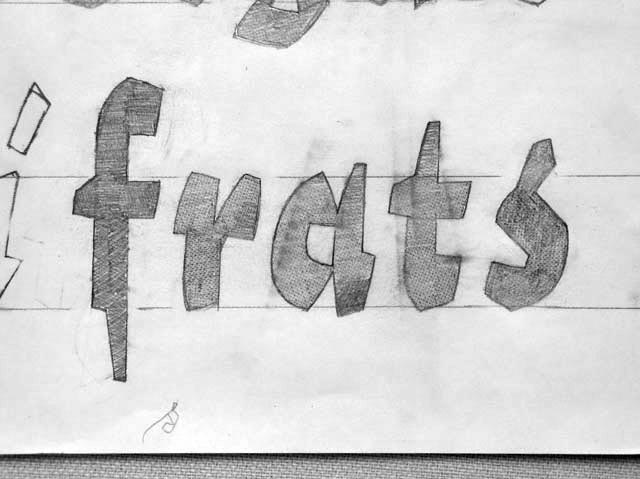 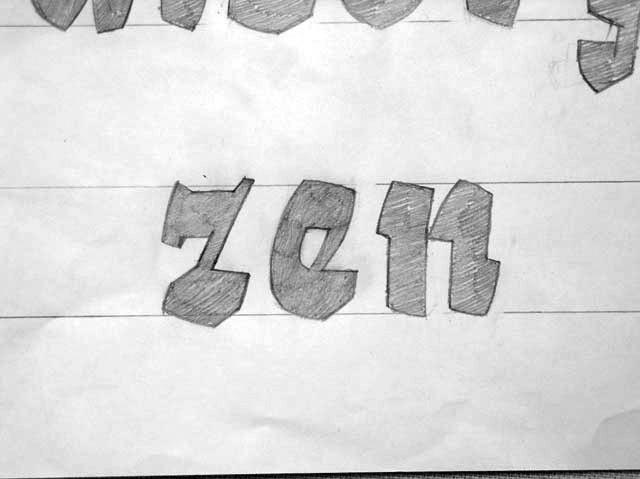 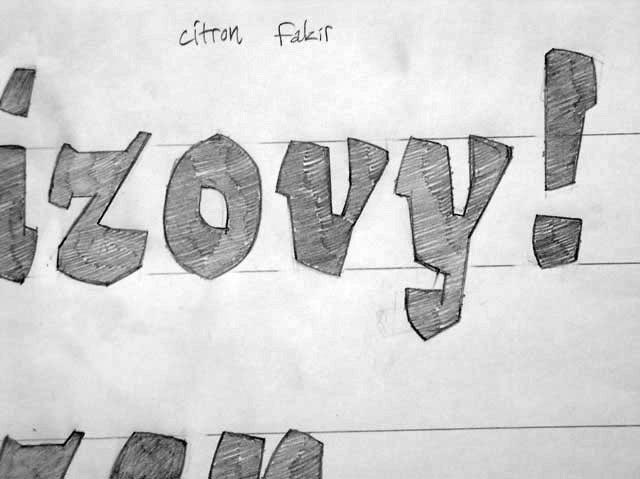 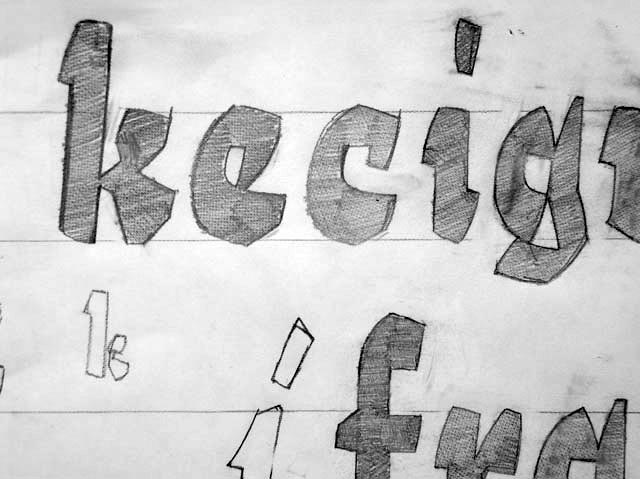 Strong, black, nail-sharp forms without a strict grid. This was the first design idea for Fakir, before any sketches were made. We didn't go to the library to study old blackletters; instead we started with a clean slate. To have something powerful, simple, and readable was more important than following historical blackletters as a style or construction.

Nevertheless, we aimed to create black textural masses, just like Gutenberg did for his bible.

Fakir Black was the first font to manifest in our sketches. Every other font was later made to work together with the black, although it was always morphing along the way as well. Initial drawings had much rounder shoulders - the capitals even had totally round curves [sketch 1].

Much later, it was also easy to see that the small cap fonts would need radical changes for its capitals, since the normal capitals were so detailed and wild. We went to another extreme by simplifying [sketch 6], but came back half way for the final fonts.